Anyone that has read this blog regularly enough knows that I've struggled over the years to make a prediction that was 100% accurate. So, it comes to my surprise in a year where they've twisted up the semi-finals, that I am able to get the 1st live week of Season 8 absolutely correct! I better be careful, people are going to start thinking I know what I'm talking about! Anyway, here are the first 3 of our top 12: 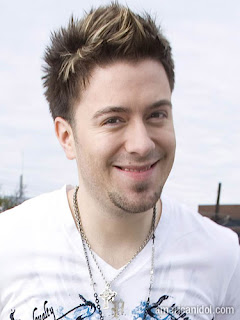 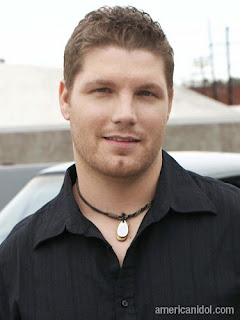 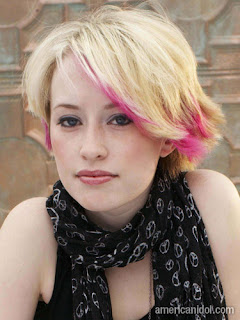 FYI, if you believe in the accuracy of Dial Idol, then everyone should point out that Danny Gokey's score was ridiculously higher than everyone else's. (23.74 vs the next highest being Michael Sarver's 4.36. The girls were all in the 3's.) That's what great publicity can do for you folks! I'm now conflicted on whether I keep rooting for a guy that is so clearly being hyped up by the Idol machine or look for someone else to root for. The problem is, I still like the guy. Ugh, that's an internal battle for another day. Today, we celebrate my 100%! Before I pat myself on the back TOO hard, I will say that Danny and Alexis were obvious. I prided myself on the Michael Sarver pick. Between him, Anoop and Tatiana, it was a tough call. But how priceless was it to see Del Toro crying at the end? I know, mean of me, but come on! She is a nutcase! I have no doubt that she will return Wildcard night to cause us more trouble!

Anyway, here are some other highlights from the results show:

And that's about all I got. So, we were reminded again that Idol is WEDNESDAY and THURSDAY next week. You can once again thank the new President and his love for the camera. Seriously? A State of the Union-type address after 1 month in office? Oh well, I don't write blogs about politics. And everyone should be thankful. It's not my forte! But I know a headcase when I see one! Why do you think I write all of THESE blogs!? I love the attention! I'll remind you one more time....next week's blogs will be a whole lot shorter. At least this is happening only during the semi-finals!

If you want to see who is in next week's group check out this site. It should be updated eventually to show the group 2 people. (interesting how they didn't reveal who the 2nd group was until tonight isn't it? Almost like they needed to know who made it in in group 1! Too much control in the producers' hands this year! Ugh drives me crazy!) Well, I'll save more conspiracy theories for next week. For now, I'm glad I could help everyone out and pick the right people this week. We'll see if I can keep it up next week! See you then.

Congrats on the picks, Mike!

I don't think the waiting to reveal Group 2 was any type of manipulation. I heard that Matt Giraud had let it slip already that he was in Group 2, so I think they knew ahead of time.

Obama delaying stuff is getting annoying. First the World Series (and he wasn't even president yet!) and now this.

Fine! lol I'll let the Group thing slide. But I still think they were strategically put into 3 groups to give their ideal top 12 the best chance of getting there! Tip the scales in their favor.

Glad I'm not the only one that is getting annoyed!

Nice job Mike!
I wasn't sure I was going to like the way this was set up this year but I am actually liking it. More then half the people were horrible on Tuesday and I fast forwarded most of their songs. I don't know if I have that big of an issue with the manipulation of the show. I want to enjoy the top 12 and if it is tweaked a little for the rooting factor so be it. To me the judges could have picked the top 12... I don't care!
I am sure there will be some sort of craziness with the three the judges pick and that will be annoying. It will be for the ratings and for the news to talk about. Drama queen?
I really liked Danny and Alexis... they were the only 2 I listened to for the whole song.