Well here it is. QUEEN NIGHT. Well, we had a week to ponder the songs that our idol contestants would sing, and were treated to finding out this afternoon what songs each of them would be singing. So I had the opportunity to make my predictions based on their song choices before they even hit the stage. And I gotta say, I don't think I'm going to be too far off on this one. So of all my predicted performances I got 5 of the 8 songs right but none of the performers right! Right off the bat, I thought 3 made some odd song choices (Obviously..they went off my list!) But the choices may not affect them too badly. Well let's see if it hurts them going against the genius that is ME! 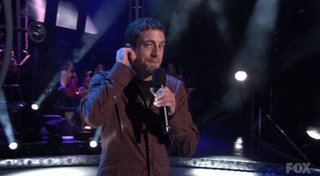 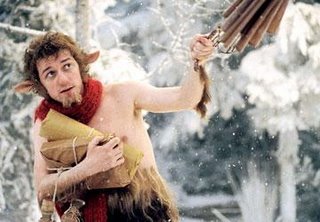 So it comes down to this...compared to the last 2 weeks, the Queen Week was a good time. If anything, it got me re-listening to some oustanding music for 7 days and actually anticipating tonight's performance. But, as always, there are just performances that don't fit the bill. And my friends, I don't think we're going to have a shocker on our hands come Wednesday. Here's my picks.

Bottom 3 Picks: Bucky, Ace, Paris (Wildcard: Katharine Bonus Wildcard: Chris)
Elimination Picks: Ace Young - Ace, did you have your lucky hat with you tonight? You've jazzed up way too many songs unnecessarily for my taste and now you must go. Who would've thought that a QUEEN would be the downfall of an ACE? (ba dum...CHING!)

Yeah, we're just getting to that point where our bottom 3 should be pretty standard. Bucky, Ace, and Paris are the ones that need to get out of this competition. And it's anyone else's game to lose. Elliott is still hanging on by a thread, but I liked his performance tonight (due to my own biased opinions) so I didn't even put him in danger. I'm throwing Katharine and Chris into the wildcards for picking unknown songs...you just never know with America what's going to happen!

At this point I'd like to revise my statement on dialidol.com. The site was not right 2 weeks in a row, as I stated in last Wednesday's blog. It was exactly right last week, but the week prior Lisa Tucker was actually ranked 3rd best on the list and was still sent packing! This just goes to show that the website isn't spoiling anything! I think where that site can get misguided is with potential West Coast Idol voters having different opinions than the East Coasters. Not to mention all of the Cingular Wireless customers who text in their votes. I mean the margin of error in tracking busy signals in itself is a ridiculous concept. There's just no science to it! We can compare my picks with their picks and what actually goes down tomorrow when the field is narrowed to 7. See you then!