American Idol Season 9 - Top 3 Elimination Results Show - Who Got Voted Off? Who Will Be in Season Finale?

Hello American Idol fanatics!  We are finally down to 2 contestants.   And it's no surprise really who went home tonight.  One contestant had locked up her spot in the Nokia Theater weeks ago, the other one seemed each week to be inching closer and closer to sealing the deal.  The 3rd one?  Well at least the girls still think he's pretty!  (And yes, he plays a mean guitar!)  Ladies and Gentlemen please bid a fond farewell to the fallen idol: 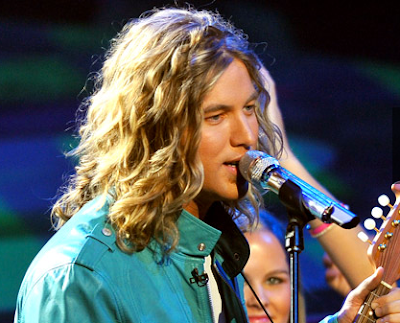 Farewell Casey.  It's been entertaining but I think we knew where this competition was headed!   The final 2 is officially set.  The showdown will happen next week:  Crystal Bowersox vs. Lee DeWyze  And it's crazy to think that just 3 weeks ago we were already popping the champagne and declaring Crystal the winner.  It's amazing what a trip home can do to instill some confidence in the underdog to make him a contender.  With the momentum he has going into the finale, I actually think it's going to be really tough for Crystal to be able to latch on to her own momentum.  Even with 3 great performances next week, I think American may have chosen their idol.   They just want to see this guy succeed!  And yes, as I get into below, his hometown video was definitely the most sincere of the 3.  That will speak miles to voters around the country.  Me?  I don't care if either Crystal or Lee wins at this point.  They both have been great down the stretch.  Lee has improved immensely, Crystal didn't have anything to improve towards which makes Lee a more compelling story.   Think Adam Lambert (with less pizazz) vs. Kris Allen last year.  Anyway, I could ramble on forever but since there is no LOST next Tuesday, you may get a chance that I'll do that next week for the finale performance recap!    Let's do what we do best and get to the Highs and Lows! (LIVE BLOGGED as always)

Lowlights
So that's all I have for you tonight kids.  The big showdown is less than a week away.  I, for one, cannot wait for this season to be over.  It's been a painful ride but it looks like they may be able to salvage it at the very end.  We'll see when we get there.  Hope you enjoyed my ramblings and I'll see you next week!
Ending Credits
Please Click to Support!
Check out my other Blogs:
LOST - http://www.lostaddictsblog.com/
FlashForward - http://www.flashforwardaddicts.com/
Posted by Mike V. at 10:16 PM

I think Crystal's got this competition in the bag. Lee's grown a lot, but Crystal is just more talented (and well-liked, judging by her numbers on What Not to Sing).

I did feel that way for the whole season Ian. I just have this feeling about Lee. Right, wrong or indifferent, I just feel like the masses like his story of growth and the emotional backstory he has provided throughout the season. The problem with Crystal is that she had really nowhere to grow. She knew who she was and she was/is really good! I'm fine either way, but I know it's gonna be a tough pick for me as always on Tuesday!