Hello American Idol fanatics!  We're back with the Top 5 and they took on the toughest Idol possible tonight: Mr. Frank Sinatra.  With the mentoring help of Harry Connick Jr. they tried to bring their own to the eternal standards.  Some succeeded with flying colors, others not so much, and some I think tried to breeze right past this week!   Harry brought an interesting twist to the show by performing with his band to back up the Idols.  He even helped write new arrangements that suited each of the contestant's voices (or helped drown some of them out!)   Anyway, I give the band and Harry an A+ for the night.  Can't say the same for most of the performances.   But the 1-2 punch of Michael and Lee closed out the show on a high note.

Anthony Hopkins, Rob Reiner, Nancy and Tina Sinatra were all in the house tonight!   Simon got a monogrammed hanky from the Frank Sinatra collection and lots of other stuff happened in the first 10 minutes of the show that we could have done without!  So instead, let's get on with the recap! 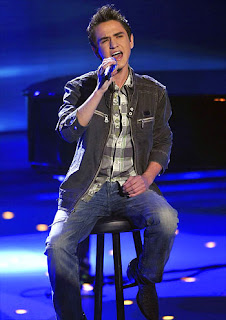 Harry gives Aaron some good tips on holding notes and all and is providing some good comedy.  He's not awful or anything and the girls would still say he's as cute as pie.  But, I'm sorry, I just can't see Aaron winning this competition.  Still a great singer and he did a pretty good job tonight.  I'll be interested to see how everyone else does in comparison.  Judges mostly liked it.  The negative commentary almost made it sound like he was set up to fail though.  Comparing him to Frank Sinatra?  Come on, he's 17!  Based on my wife wanting to vote for him again, I'm guessing he'll be safe next week. 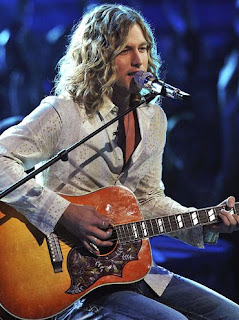 Funny story that a friend of Casey's didn't know he was on American Idol.  Harry was busting on Casey the whole time they were working together.  He was digging the bluesy vibe.  I dig the bluesy vibe as well.  Casey's singing though?  Hmmmm, not sure if I'm buying it.  Seems a little pitchy to me dawg.  His voice didn't seem up to the big arrangement that Harry put together for him.  Man did that band sound good though!   Already tired of Ellen busting on Harry in every critique.  I'm told he's always on her show though.  But whatever, this isn't HER show!  Judges seem to be on the same page as me on this one.  Yikes, could this be the end of Casey or is that too easy?   Kara is just bringing up his weird vibrato NOW?  He has sounded like that since the beginning of American Idol.  Harry is defending Casey saying he killed it 2 hours before in rehearsal and that it's hard to hear up there.  Oh well! 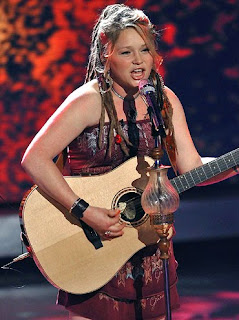 Ahhh my favorite of the standards!  Crystal says she has a deep connection to the lyrics.  Harry likes the version that Crystal has come up with.  Let's see if we do too!  She's looking pretty smokin though (in the dress, not the picture above!)!  Again, not my favorite performance of hers but she still sold it to me.  I was sold on her weeks ago.  So is she in danger from 2 "okay" performances 2 weeks in a row?  I'd hate for her to be mailing in these performances until the end.  Me and Simon are on the same page!  She needs to nail it from now on.  We do expect better and I think she'll deliver.  Crystal is trying to defend her choice again.  She needs to know when to pipe down! 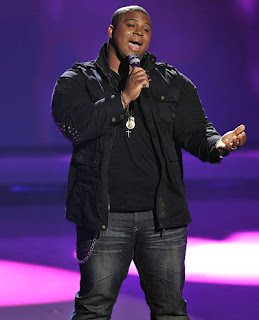 Song: "The Way You Look Tonight"

Mike has a 12 piece band at home so he seems prepared for this one and he picked a very great tune!  Harry pretty much advised him to sing the words like he means it.  His voice and emotion/swagger on stage is just perfect for these type of songs.  And he did a pretty solid job on the rendition.  I figured he'd have a really good night and he didn't really let down.  Granted, put him in another season and I'm sure I wouldn't be impressed!  But since we're judging on a scale he did a really good job tonight.  The judges are on the same page as well.  Kara still annoys me too by the way! 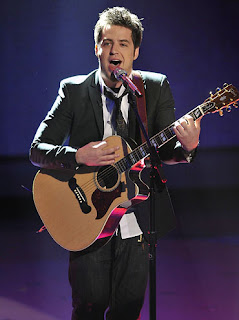 Harry said his wife thinks Lee is cute and also commented that he looks like a younger version of himself.  More of the same advice, "feel the words!"   Lee brought some SWAGGA to that tune!  I would say he captured the "Rat Pak" essence the best of all of them.  And wow, I didn't know he could hit notes as high as he did.  Not that he hit VERY high notes, but he just seemed to show more range than usual.  That was really good.  I am thinking a Lee/Crystal finale is looking more and more likely.  Though, Crystal will need to step back up her game!  It could get pretty interesting down the stretch!  Kara had a speech prepared "do you think you can win??  write it down 100 times tonight.  YOU CAN!!"   And Lee kept saying "yes, I know I can win"  But she wouldn't give up trying to convince him.   Dude, this isn't Good Will Hunting and the "It's not your fault" speech.  Lee knows he can win!  And I agree with Simon it was the best performance of the night, easily.  Everyone loves an underdog too, right?  Definitely could get interesting before this all ends.
Elimination Pick

Best Performance: Lee
Next Best Performance: Michael
Just Coasting By: Crystal
Still as Cute as Pie (the girls would say): Aaron
Yikes: Casey
Bottom 2: Casey, Aaron  Bonus Pick: Crystal
Elimination Pick: Casey James - Crazy how you can go from the best performance one week to the worst the next, but Casey managed it!  It didn't help that he was in the bottom 3 last week.  I think this really has to be the end of the road for him.  But I've been surprised before.  As long as Crystal and Lee stay in the game, I'm fine with any other outcome!  We shall see.
That's all I have for tonight folks.  The Wednesday results will bring us Harry Connick Jr. and Lady Gaga performing.  Does Lady Gaga fit in the Standards Theme Week?  I'm sure some would argue she could if she wanted to.  I say it depends on what her outfit du jour is!  Anyway, I'll be there to recap it as always.  Feel free to chime in on what you thought of the performances in the comments below.  Hope you enjoyed my ramblings as always and I'll see you next week!

I actually enjoyed Aaron's performance best, oddly enough. I never thought the kid would get this far, but he may even make it farther. I agree though, that I can't really see him winning.

Yeah Ian, I guess I really didn't hate it. I wouldn't say it was the best but it wasn't awful. I never thought he would get this far either, but he's impressed me throughout the run in the fact that I haven't minded him sticking around this long lol

Again though, I still can't see him winning...which will probably be ironic and he will!

Aaron - Mr. High School Talent Show is overpraised as usual. He's beyond green and has no business being onstage at this level. I don't know what the judges are hearing. His voice is thin, nasal and cracks frequently. Go home already.

Casey - He made me uncomfortable because he was so uncomfortable. That was ba-a-a-a-d. He should have had a bluesier arrangement. Not liking the whiskers either, Case. I hope Casey can recover and Aaron takes the Greyhound instead since Casey has had some "moments" on the show while Aaron has had exactly zero moments.

Crystal - Bandzilla was in overdrive and help the judges steer the bus right at her. She lagged a bit behind the beat but it was still good. I also liked her phrasing and tone was lovely. She looked gorgeous. I think the backtalk can only hurt a person not help, though.

Big Fat Mike - Of course he was the best of the night. His hammy performance style is perfect for standards week. Still don't like the guy. At. All.

Lee - Talk about blowing smoke up someone's butt. The Gokeyfied praise is unbelievable. That was not all that. It was a good Lee DeWyze performance and that's about it.