American Idol: Top 12 with a Twist!

Well, we made it. That was one weird Wildcard night on Idol. But, essentially the right thing happened in the end. The twist? We ended up with a Top 13. Probably pretty easy to see coming. There will most likely be a double elimination at some point this season. Unless, we're a week earlier than normal with our top 12. (Auditions were a week shorter afterall) Here are our final 4 wild card additions to the Top 13: 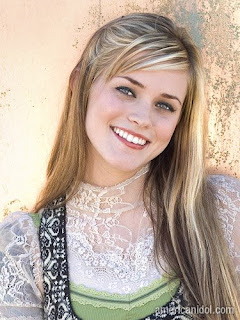 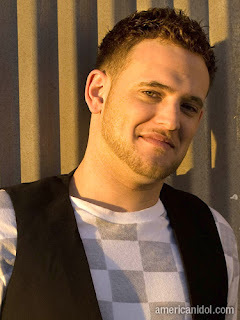 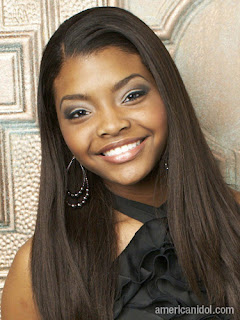 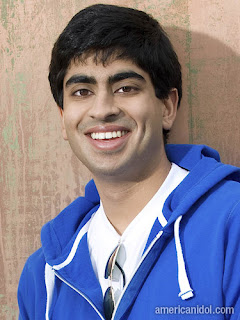 Wild Card 4: Megan Corkery, Matt Giraud, Jasmine Murray, Anoop Desai
My best guesses from Wednesday's results show: Matt Giraud, Jasmine Murray, Anoop Desai
The final 4 Judges Picks included my 3 picks, so let's say that I was 11 for 13 this season with my Semi-Finals picks! (Kris Allen and Megan Corkery alluded me, and still do!) Overall not a bad list of singers. We finally weeded out Tatiana Del Toro. I mean seriously, the girl had some issues. I joked on one of the blogs about her possibly singing Whitney Houston again. Who would've thought she would sing the same exact song for the 3rd time?! Finally, Simon called her on it. The kneeling in front of the judges' table was a bit much. Oh well, the semi-finals drama is over, I'm not going to waste another moment discussion that crazy lady! Ladies and gentlemen meet your Top 13!

I don't think any of our wild card winners were showcased brilliantly during these Wild card performances. Jasmine and Matt sounded much better than their previous efforts. But I think they can sound even better with more preparation. I found it odd that when the judges suggested a Rhianna type song, Jasmine chose a Christina Aguiler ballad. But it did showcase her vocal chops. So maybe it was a good strategy. It was good to see Matt doing what he is more comfortable with. It will be even better to see him with a piano! Megan Corkery. Still totally confused about this one. She definitely brought more of the shaking to the stage. And paled in comparison to Katharine McPhee's version of "Black Horse and the Cherry Tree"

The judges insist she is current. I think they're going to be sorely disappointed with her. But whatever, she's an extra to the top 12 as far as I'm concerned! Anoop? Well he repeated a Hollywood week performance with "My Prerogative." It was entertaining, but I really thought he had a better voice than he showcased tonight. I'm still glad he's in!

So, am I ready to declare a winner for the entire show? Not exactly. I can say who WON'T win! That would be Kris Allen, Megan Corkery and Michael Sarver. And my guess would be one of them leaves us next week. The favorites at this point have to go to the most hyped by the producers and judges: Danny Gokey, Adam Lambert and Lil Rounds. Danny, has suffered from much much overhyping. So he's going to have to overcome that. It has become very popular to root AGAINST him now. Adam, well he has an amazing vocal range, but will American tire of the shriekingness of his style or the theatrics he brings to the show? Time will tell. And Lil Rounds, well I've already explained that I can't stand her! But, she still will bring an interesting dynamic to the show and will remain competitive right until the very end.

Dark Horses: Matt Giraud, Scott MacIntyre and Jorge Nuñez. Matt gets back his piano, Scott gets back his piano and already has captured the hearts of America. Jorge? Well, he has also captured the hearts of America and was the first to think in Spanish LIVE on Idol! (ugh Tatiana, why try to ruin his catchphrase!!?!?!) We need more time to see how these 3 will fare down the stretch.

Need to see More: Anoop, Jasmine, Allison - Allison you could argue is already there. But I still throw the AGE Card out there for both her and Jasmine. It's tough to stay relevant week after week at such a young age. And it's rare that it it has ever happened. One person did it, Jordin Sparks. Anoop, I want him to be good but I need to see what he's going to next to be sure!

Who did I forget?: Alexis Grace - well there's always one that just slips my mind. I'm probably still bitter that they tried to compare her to Kelly Clarkson at this stage of the game. Well, we'll see. And on that note.....

Guess who's on the show next week? You guessed it, the original Idol Kelly Clarkson returns to promote her new album ALL I EVER WANTED which drops Tuesday, March 10th. We'll see what her management team has turned her into after the media battle with Clive Davis that destroyed her previous album.

I also thought I heard for some reason that that idiot Kanye West is going to be on the show next week. Please tell me he is not their mentor! Although, if there's one thing I love, it's unintentional comedy. And that guy is the king of it!

Well, I think I'm all out of ramblings for the week. (Surprised?) All-in-all an interesting semi-finals. I'm glad it's over. I'm excited to return to the Top 12 (13) format. The big stage, the obnoxious lighting and TV screens, Ryan's tour of the new set, Ricky Minor and the Band (who finally made an appearance tonight!). It's gonna be a good time! And I'll see you all there next week!


This blog can also be read and discussed on Gather.com. Come check it out and throw some votes my way if you have spare time!
Posted by Mike V. at 10:13 PM

Wow, that Katharine McPhee performance was way better than Megan's. I hope Megan is gone soon. She's terrible. Of course, the judges love her, so that must mean we all love her too. They really need to return to the Top 24 format next year.