"Dim All the Lights" for 2! Who was eliminated from American Idol this week?

Look out kids, I'm on a roll this year! No big shockers on the American Idol results show. Due to the Judges' Save being utilized last week, 2 contestants had to be sent packing this week. And based on who FINALLY left us, I did a little dance of joy in the privacy of my own home! Ladies and gentlemen, bid adieu to who lost on American Idol tonight: 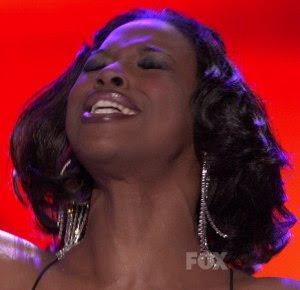 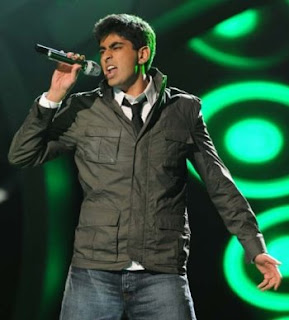 She's finally gone folks! That never ending subplot of under-performance and over-speaking known as Lil Rounds has finally left the show! I had made it my personal quest this year (like Mr. Archuleta last year) to convince the world that she didn't deserve to win. The funny thing is, I didn't need to do much as she convinced the world herself! As for Anoop? Well, he was a pretty cool guy. It's sad to see him go, but we all knew it was his time too. We have a pretty worthy top 5 remaining too. I'd argue that Matt doesn't belong there because of the judges' save, but he IS a capable singer and performer when he wants to be. He might be able to throw one of the other 4 to the curb before their time. We'll just have to keep tuning in to find out!

Allison, ugh, bottom 3 again! Yeah, it wasn't her best performance this week. But apparently, she did enough to stay in the game. 3 trips to the bottom 3 is a little scary for my favorite female left in the competition (get it?!). She really needs to start lighting the stage on fire if she wants to keep up with the rest of the crew. I still think she has it in her to get to that final 2 with Adam. But with the way Kris has been rolling lately, I could see him edging her out too. And let's not forget that Danny is going to cure the clumsiness! We'll see!

Enough speculation, let's get to the highlights and lowlights of the evening!

Man, where did the hour go? Can I get it back?! Anyway, we're down to the good stuff now kids. The fat has been trimmed. It should be an interesting ride to the Kodak Theater. And, love it or loathe it, I will be there every step of the way to guide us there! Hope you enjoyed my ramblings as always. And please someone touch Archie's hand!!! His music won't stop until you do! See you next week!

Thank God that Not So Lil and A-Poop are finally gone!

Who in the world were those Geritol clowns and what were they supposed to be doing on Idol?

So that's the title you were hoping for? Well, it does work pretty well.

I guess with no LOST episode this week you have to find some other place to put the Back to the Future references. McFly? Hey, that's cool.

Agree about the Ford commercial. Where did they find that turd of a song? Disagree about the group number. I thought that was fun.

Don't get me wrong...they really put on some impressive dance moves....but I couldn't look past the overall CHEESE factor of the whole thing and of course the DANCING being the focus on a SINGING show.

Oh yeah, there was no way around that title! lol