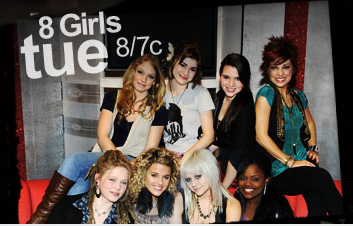 Now, that's how I like my American Idol folks!  Short, sweet and to the point!  I love when they get down to a manageable number of contestants to fit it into an hour.  Unfortunately, when we get to the top 12 it will be another 2 hour opus with long-winded comments from the judges.  But, let's savor in this brief episode while we have it!  Now, you may have heard a little rumor that I picked 4 out of 4 to be eliminated last week.  It is surely a feat not to be repeated this season.  There are some tough choices for who is going home on Wednesday.  Well, one easy pick and one difficult pick!  Let's get right into it shall we?   Ellen, get off Simon's lap and let's get started!


Okay, so I'm all out of contestants to review!  Better move on with the program here.  Let's do our process of elimination!

Yikes, really tough week folks!  In the end, I felt I was overthinking it so I went simple.  Katie went first and gave an unmemorable performance.  And Paige is going home.  Nothing more to say about it.  I think the thing that is important to note here is that if it's Katelyn, Katie, Didi, or Lacey it really doesn't matter.  I don't think any of them have a shot to win it.  But I have been wrong in the past.  I was pleasantly surprised week after week with Kris Allen's run to the finish (Did I lose my Adam Glambert readers?  At least I got you to the end!)   Anyway, I don't expect to go 4 for 4 two weeks in a row, so I'll play things safe and we'll see how it goes.  But definitely count on me gloating if I do it again!   Hope you enjoyed my ramblings as always and I'll see you next week!

Ending Credits
Please Click to Support!  I'm moonlighting at Gather.com and writing some entertainment articles, including re-posting these blog entries.  Every page hit gets me closer to a teeny tiny donation for my efforts.  If you enjoyed my writings, please click here  to register a page view.     And also check out my other writings at http://mvitullo.gather.com/
Check out my other Blogs:
LOST - http://www.lostaddictsblog.com/ (blog is back and on fire!)
FlashForward - http://www.flashforwardaddicts.com/ (back March 18th)
Posted by Mike V. at 10:56 PM

I picked Katie and Paige to go home too. Thinking the same as me may or may not be a good thing. I liked Lacey. I don't know why, but there's something very enjoyable about her. I kind of hope she goes far, though I too doubt she has the fanbase.

Is Randy going to sit in Simon's lap next? Honestly...

Katie... has been like a balloon slowly leaking air week to week and by the end of "Breakaway", she was now the lifeless one with a string tied to it left to clean up after a party. To me, her voice just wasn't ROBUST enough to handle a Clarkson ballad and really? Since there's no way in hades that Katelyn and Lilly are both leaving, I'd kinda like to see Katie go now in a realistic outcome.

Siobhan... I just really don't know what to make of her. She's been from Chris Isaak to Aretha back to the 60s which should bode well for her to adapt to the rotating themes of the finals. I thought this was good but there's something about her performance style that makes me uncomfortable and I can't put my finger on it.

Lacey... Look, I was calling for her head after last week - especially imo since she unjustly outlasted Michelle - but talk about making the most of a second chance? I actually thought it was BEAUTIFUL - airy, light and she did change the song in that she knew better than to go for the wailing that Carlisle does at the end. Loved it.

Katelyn... Wow - boring, lifeless, MORE "corny" than ever before imo, and outsung by KimberMe Caldwell from S2? Remember that? If that doesn't get Sideshow Bobette kicked to the curb, I don't know what will. The judges were actually charitable in my view. Hated it.

Didi... Huh? They REALLY want Benami in the top trio of ladies, don't they? I mean - yes - it was much better to me too than her corny, AI-the-videogame inspired performance from last week and I thought it was her best of the live shows. That should earn her a spot in the top 12 but I think she hasn't got much left in the tank, to be honest with you.

Paige... OMG girl - what in the world is wrong with you? You chose basically a dirge (regardless of what Ellen was yapping on about) and one that AI golden-child Ruben had hand-picked for him by Simon at that. She basically "sleepsang" her way through it. (Wait! Was that a word? LOL...you can borrow it MikeV!) THEN, when explaining why it was emotional for her, she didn't invoke the death of a close friend or anything really relatable but instead, the death of Jacko? Really???? I can't even use her "potential" as reason enough to pick up the phone despite the Toni Braxton vibe I get from her. Goodbye. Get off my TV!

Crystal... This is going to get me stoned, but as far as AI-land goes, I enjoyed Jordin Sparks' version of this song better in S6 immensely more. Sorry. While I loved Crystal last week, this seemed lazy and very Taylor Hicks-ian with a bunch of fooling around in the middle of the song then a "blue-sy, soulful" whatever-type ending. I like her in general but this to me was just not great.

Lilly... God, I just hate this chick - everything about this was awful. The "quirky" phrasing, the damn mandolin, the awful performances ticks were all just a disaster. I felt like I was at a luau themed party on a cruise ship and yet there was no damn pineapple anywhere to be found.

Who I wish would go: Katelyn and Lilly; who should go: Paige and Katie; who will go: Two of Paige, Katelyn, and Lacey's luck will probably run out.

Tonight was the best night of idol so far! Finally! I only FF through Paige and Katelyn who I think will be going home. Katie was bad but I think people like her more.

man i'm falling behind....it's tough with LOST and Idol on the same night!

I can totally see Katelyn going home instead of Katie....i really just dropped a name down as a wild guess because I had to start the LOST blog! :-)

Drew - nice word! "SLEEPSANG" perhaps I'll give it a shot some time lol Good recaps We'll see how it goes!