American Idol: Had to Happen Eventually!

That goes for a couple things. You all know I say it all the time, but the 16 year olds will fall one by one! Lisa's time to go was way overdue, so was me picking the right contestant to get booted! But for some reason I can't get that bottom 3 right. I even threw in Katharine as a last minue extra special Bonus Wildcard because I heard rumblings of people thinking she was awful last night. I didn't think she was fantasic, but I thought she was better than quite a few people last night. But like Simon said, it could've been anyone as mostly everyone did something in their performance worth complaining about. So let's bid farewell to our latest cast-off: 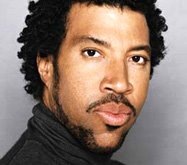 Hey, if you're going to do Kelly Clarkson, you better make sure you can sing it and back it up with some emotion! Especially, since that song is so personally tied to Kelly's childhood. Lisa seemed like she was too focused on singing "I Just Can't Wait To Be King" with her buddy Simba. (Yeah, the more I think about it, little Nala didn't really sing much in the Lion King, did she? It was the adult Nala!) Anyways...besides the ridiculous Ford Commerical, and the latest Pop Artist Tie-In (Lip Synchers Shakira and Ex/Future Refugee Wycleff Jean) what was there worth discussing in tonight's results show?

Katharine McPhee. Was she really the person who got the 2nd lowest votes? American Idol is supposedly about America choosing a winner, which they do to an extent. But Idol Producers and strategists are always working on ways to push their favorites. And Katharine is a favorite of theirs. Ace has been in the bottom 3 before and he was lousy last night. And I just don't think THAT many people would've given up on Miss McPhee (granted...I was at a Flyers game or I may have voted. But was EVERYONE at a flyers game last night? no). So Notice how Ryan never says something like "Ace, you have the 3rd lowest number of votes" or "Katharine, you have the 2nd lowest." It's always "Ace, we're going to send you back to your seat." I'm convinced they put Katharine in that bottom 2 to scare America into thinking that she was next to go had Lionel not been there to take the fall. So fear not people, Katharine will be fine. But do your part to vote! Fall into the Idol Trap! Do what they want!

And has anyone noticed how Bucky is just sittin pretty? I think votefortheworst.com really has it wrong this year. (They predictably have chosen Kellie Pickler as Covais's replacement) I think Bucky is the guy that's going to surprise us when we get a little further into the competition and people start doing double takes and saying...."wait.....Bucky's still in this??" I mean, I made that exact comment last night when Bucky took the stage! That Redneck contingent is strong! And they may support their REAL GOOD MAN enough to kick out some decent talent. But.....it's nights like last night that remind us how EVERYONE in this competition can screw up and how no one is safe.

What can we hope for in Country Week next week? Well, that Chris and Mandisa drop the egos and get back to business. That Kellie gets a little more goofy to annoy more people but entertain me! That Taylor continues to show his range and how he deserves to be called a favorite in this competition (but hopefully bring a little more of his back spasms back). That Katharine rebounds and rallies the troops to regain her hot streak. That Elliott continues to dance like a Hippo on stage while hinting at the possibility that he may quite be from a distant magical world. That Ace sings another song where he can point out things on himself that reflect the true meaning of the song (tell us about that scar again buddy!). That Bucky takes the night off and secretly lets his Twin Brother sing a little ditty which either unites the country in laughter or in shock at the brilliance of "Bucky's" sudden display of talent, either way generating a one-way ticket for Paris out of the competition.

If only it would be that easy! Well that's it everyone. I'll see you next week for the Top 9. Oh and by the way.....that was Lionel Richie in that picture up there, not Lisa Tucker. You didn't even notice did you!? lol So gullible you people!