Maybe I blew the prediction on purpose! I'm sorry but getting 100% 2 weeks in a row is just too much pressure! I should've known once I took Kris out of even my bonus picks that it would come back to haunt me. Oh well in the great words of Jim Steinman sung by the plethora of protein himself, Meatloaf: 2 out of 3 ain't bad! Ladies and Gentlemen...meet the next 3 of your Top 12! 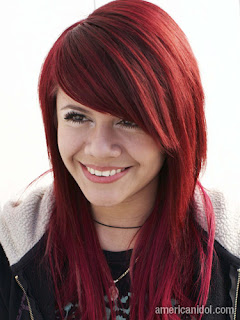 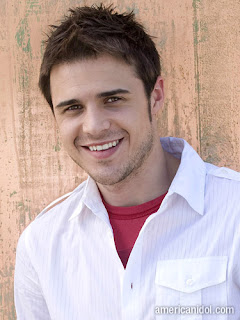 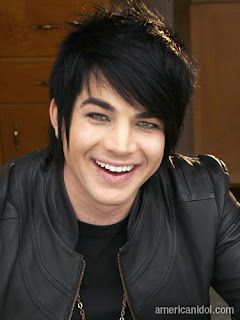 Top 12 Finalists from group 2: Allison Iraheta, Kris Allen, Adam Lambert
My Picks: Allison, Adam, Matt Giraud
Dialidol.com Picks: Allison, Adam, Matt Giraud
I think it's safe to say Matt will be back on Wildcard night. We're still not even sure what that means. Simon gave a little blurb about it that they will bring back people who they feel deserve a second shot (and a couple from tonight). But what gives? Do they sing again and get judged on the spot? Or do they call them back on Thursday and then just send some packing? I would think some kind of performance would need to be in store. And since America isn't voting, they can just make a decision. You guys ready for 3 nights of Idol next week? Ugh, I'm not. But it's okay, we're into Top 12 territory after that, and finally we can get down to REAL blogging!

Anyway, not much to say about our Top 12 finalists from tonight's results show. We figured Allison and Adam were in after their performances. It was kind of predictable to pit Adam against Norman/Nick for the final seat. It was Danny vs. Tatiana all over again. Let me guess, Lil Rounds (ugh, don't get me started on her) vs. Nathaniel Marshall next week? I seriously don't know which one of those 2 would be worse in the top 12, but I just assumed Lil will be there.

So all there is to talk about is our very own little Man in the Mirror. The man with a whisper of a voice. But somehow he was able to turn on the ladies with his dimples and his boyish charm of a voice. Really ladies, there is nothing special about Kris Allen! Okay, let me rephrase. Based on his performance of "Man in the Mirror" there is nothing special about him! Kara has gone on about the range he has. Well, if he has range, why does he suffer on the low notes and not even go for the high notes on Michael Jackson's broad melodic tune? He'll be this year's Chris Richardson (did we even have a Chris Richardson in season 7? I dunno). He'll get by on his boyish good looks and decent voice for a few rounds, but then that'll be it. I'd like to say he'll be the first to leave. But let's see the full line-up first! The guy just can't compete with the power vocal chords and personalities that are in this top 12 already. Danny and Adam will drown him out. I guess there's always Michael Sarver that might not be able to go the distance in the top 12 too. I'd say he and Kris are on equal playing field right now.

But, I'm off my soapbox. It's not like anyone else really deserved the spot tonight anyway. We'll see what happens on Wildcard night!

Other lowlights from the excruciatingly 1 hour long results show:

Group 3 is next Tuesday and Wednesday. The performers? Oh well, you know...

That's all I have for you guys tonight. You can continue to check out any potential discussions going on here as well as on Gather.com. Hope my ramblings were enjoyable as always! See you next week!

You can bet that next week's pimp spot will be either Scott or Lil. I don't care for either one.

I agree that Kris doesn't stand out much, but I thought he was really good last night and earned his spot in the Top 12. I wouldn't be surprised if Kris and Allison are our 11th and 12th Place finishers.

Alex and Felicia are the contestants I'm most looking forward to next week. I'm a geek, so I have to support Alex, and one of my mother's co-workers knows Felicia, so I'm rooting for her too.