Well kids, I hate to brag, but I am on a roll! 2 out of 3 weeks that I did not over think my picks, I got them right. Once again, I know this is not rocket science. But based on my horrendous picks last year (besides picking the ultimate winner, Mr. Cook, early on) I am patting myself on the back! Of the Top 9 we have so far, I have accurately predicted 8. Ladies and Gentlemen, your latest 3: 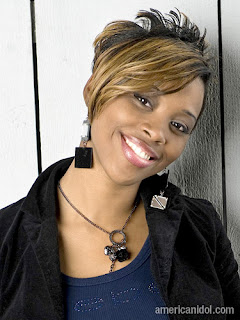 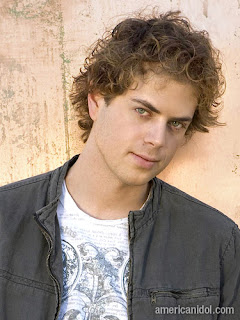 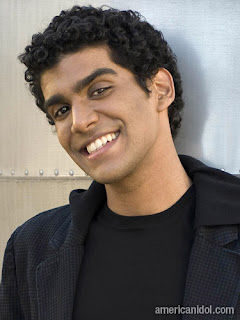 Okay, the wild card. Looks like we'll be seeing 8 more performances tomorrow and then some quick picks from the judges. Should be interesting to get all that in an hour! Some of these callbacks were no brainers. Some were obviously a ratings ploy. (The producers love their subplots! I mean seriously? Norman Gentle was there as a possibility? Come on!!!) And then the shockers like not including Ju'Not? Ouch. Here is who we have to pick from. I'll mark in blue who I think should get in based on what we have to choose from:

So in one more hour's worth of Idol, we'll have our top 12 folks. Tune in after the show to catch my thoughts on the entire line-up! And then we start the next phase of the competition next week! See you after the Thursday show!

This blog can also be read and discussed on Gather.com. Come check it out and throw some votes my way if you have spare time!
Posted by Mike V. at 8:13 PM

Good job again with the predictions, Mike! Are you up for predicting the order of their elimination once we have the entire Top 12?

Thanks Ian! You mean all up front? I dunno. I may give it a shot. But then I'd have to declare my winner tommorrow and I'm not sure I'm quite ready to do that lol

As of right now though, I'm guessing Kris or Michael are on the chopping block next week. But we'll see who gets in Thursday night!

If Tatiana is one of the 3 they pick tonight, it will be very difficult for me to have any respect left for the show. I wanted to throw up when she was acting like such a buffoon last night. What a disappointment!

I think you're right about Kris being the first to go. He's probably the least-pimped contestant in the Top 12. I think Michael's going to stick around a while because he'll have the "average joe" vote. Look where it got Scott Savol.

If you look at the history of the Wild Card selections, only one of them failed to make the Top 8, and that was Leah LaBelle in Season 3. I have a feeling that the three the judges pick tonight (assuming they don't make as obvious a blunder as Leah) will all last a few weeks in the Finals.