Who Was Eliminated From American Idol this Week? That guy with the crazy hats!

Hello American Idol fanatics!  After I came to my senses from last night's blog who lost on American Idol this week was not much of a surprise.   What WAS a surprise however was who was accompanying him in the bottom 3!   Ladies and gentlemen, you know him as the guy with the crazy hats.  Say goodbye to the final Judge's wildcard entry and also their saved contestant: 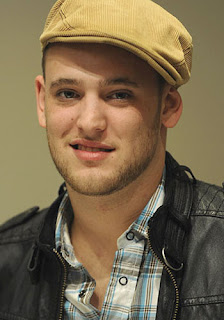 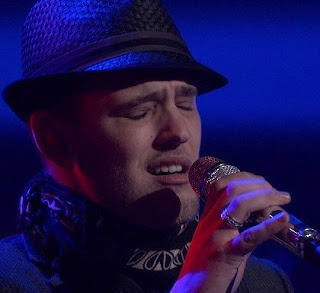 Eliminated: Matt Giraud
Bottom 3: Matt Giraud, Kris Allen, Adam Lambert
My Bottom 3: Matt Giraud, Kris Allen, Allison Iraheta
Dialidol Bottom 3: Matt Giraud, Kris Allen, Allison Iraheta
As I stated, I may have overrated Matt's performance just a bit.   It wasn't awful, but I think I remembered the big note at the end and forgot the rest of the performance.   He was never going to win and his votes from last week were probably inflated due to the Judges' Save the week before.  So, good job everyone that called out Matt!    But I think you all owe me a pat on the back for my defense of Allison!  Top 2 this week eh?  Not too bad.   I mean, she really was awesome last night.   I still stand by that!
But okay, let's get to the big news.  ADAM LAMBERT - BOTTOM 3.   Woa, wait a sec.  ADAM LAMBERT - BOTTOM 2!!!    Can you  believe it? I guess people aren't big fans of Cows Mooing!  Sure, this will all but solidify Adam into the top 3 with a HUGE rally next week.   But what does this mean?  Is Mr Jazz Hands vulnerable?   Can he be defeated!?   Well, I'm guessing the folks at American Idol would like us to think so.   Considering we did not see the votes, there is no telling that Adam was REALLY in the bottom 2.  We were just told that Kris was safe!  For a brief second, I was pondering the thought of a finale with Allison and Kris and how good and unexpected that could actually be!   Of course, still improbable.  Danny still has his Gokey'ites out there and the Jazz Hand Fan Club will definitely be showing their support in the coming weeks.    Just crazy.    And with the Rock WEEK coming up next, can Allison really be stopped from getting to that top 3 as well?   I sure hope not!
But enough rambling on about the possibilities.  Let's get on with wrapping this thing up.   Highlights and Lowlights!
Highlights:
Lowlights:
Whew, well that's all I got from tonight.  Next week, Rock 'n Roll comes to American Idol and so does SLASH of Guns n' Roses/Velvet Revolver fame.   Perhaps our Idol Contestants will be playing Guitar Hero III as well?   Hope you enjoyed my ramblings as always and always look forward to hearing yours!  See you next week!
This blog can also be read and discussed on Gather.com Come check it out and throw some votes my way if you have spare time!
Posted by Mike V. at 9:50 PM

Ha, now that's hilarious. You just know they're going to work a promo for Guitar Hero into next week's show. Good call.

I didn't like the food fight. I felt bad for poor Allison getting picked on by Danny.

I doubt Adam was really one of the bottom 2 vote-getters. He was probably third, right in the middle of the pack, but they sent Kris back to safety first just to add drama. I'm glad they did, because I wouldn't have been able to relax as much if I'd had to worry about my dawg Kris going home until the last minute.

It was great to see the interaction between Allison and her four "brothers". I suspect that they really all do like each other a lot.

Congrats Mike on you girl staying alive. Glad to see Matt go. It was time...again! ;)

Now as far as Adam in the bottom two is concerned, I think that Seacrest was extremely careful NOT to mention that he was the second-lowest vote getter. I don't think that he was but I do think Idol wants us to think so, thereby creating a mountain of votes next week for him next week.

(IIRC, the final four was where Daughtery got bounced, right?) Idol will be damned to see that happen again.

Not to belabor the point...ok, maybe just a little....why is it that Idol will not release the voting totals? As far as I can remember, the only one we "know" for sure is the one with the lowest votes. (And that may be fishy as well)

Idol is first and farmost, an entertainment show and the way they entertain sometimes is by playing with our minds and making us think what they want us to think. I think.

So did Adam really get the 2nd lowest number of votes this week? I doubt it but it will never be proven or disproven either way.

I blame it all on Simon!

No argument from me there. I agree that Adam wasn't necessarily in the bottom 2 of voting. Even mentioned it in the blog! And it IS all a game. Usually a popular contestant that ends up in the bottom 3 one week, will most certainly not be there the next week.

As for voting totals? I think it's similar to the reason Itunes doesn't show how well each contestant's songs are selling. Once you know...then the suspense is gone. Sure, there might be some seasons when the vote is really close....but other seasons...one contestant could have a ridiculous lead in votes with no one able to catch up. If we saw vote totals for each contestant, the element of suspense could be gone....

But, on the flip side, you have people suspecting the show of being fixed. And I have had my own suspicious especially this year with the way the hand picked 4 wild cards (all gone now though!) And I always have been suspicious of the voting process and who actually gets eliminated and eventually wins. Even if they don't skew with the votes each week to get their way, there is no doubt in my mind that the producers/Judges DO try to manipulate American into their line of thinking.

CASE-IN-POINT: Danny Gokey If he didn't get as much publicity in the auditions, would he really be as popular as he has been throughout the competition? What about that crazy Paula-like rant he went on tonight trying to explain how he got his swagger back? lol I'll admit it, I fell for the Danny hype early on too. But I've moved on!

You're exactly right, Mike. They can't release the voting totals because it'd take the suspense out of the show. Nigel Lythgoe once said in an interview that Clay Aiken was so far ahead of the pack in votes during Season 2 that people would've probably stopped watching and voting if they'd known, because it would've appeared that Clay had the competition wrapped up already. Of course, as we saw, Ruben just barely edged him out in the finale. You think Ruben's fans would've voted hard enough to give him the victory if they'd thought he had no chance?

Thanks for your comments folks. IMHO, AI has really pulled the wool over many a viewers eye in the past with the voting issues. How do you explain a Diana DeGarmo getting so far?

I understand that this is a game, a competition, etc. However, you are actually dealing with people's careers. (Unless you include Artichoke's dad too..lol)

I just question the integrity of the voting process. 47 million votes this past week? Come on! I don't buy that for one second.

But the best part of it all is at the end of Tuesday's night shows, Seacrest will say something along the lines of "The phone are now open for AT LEAST 2 hours".

What does that mean? Does it mean AI can lengthen the voting process that night UNTIL they see their desired results? When are enough votes enough?

Mike...For your viewing pleasure, check this out: